When looking through topics to research in relation to 1917 I came across the statement about the Women’s Forestry Corp. “in Devonshire, last year, a whole camp of foresters was completely flooded out” [Land and Water Extra “Women in the War Edition” April 1919 on www.scarletfinders.co.uk Searching local newspapers for reference of this I found that the women’s camp was at Colyton in East Devon. [Devon and Exeter Gazette 16/07/1918 p4]

I had been aware that there were “Timber Jills” in the Second World War but found that the Women’s Forestry Corp. had been founded in 1917 as part of the Women’s Land Army.

Looking back it is difficult to comprehend how much women’s status has changed since 1914 and I felt that that development needed to be set in context to see how radical women working on the Land and in Timber Cutting was at the time.

As this research has become quite lengthy it led to three linked blogs- The Social Standing of Women pre 1914, Women’s Work during WW1 and Women’s Forestry Corp and Women’s Franchise and the Suffragettes. 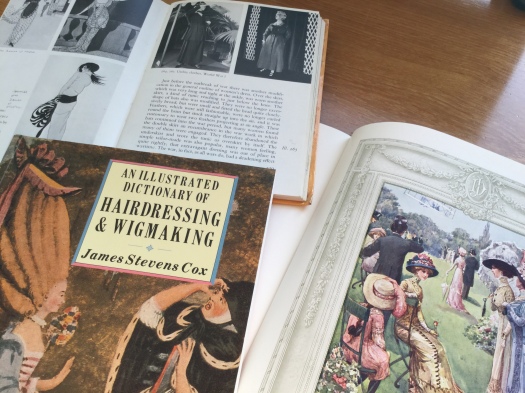 Before 1914 it was almost unheard of for single, middle and upper class women to take paid employment, they were expected to stay at home until they married when their husbands became the ‘breadwinner’. Young women were chaperoned for every social occasion and were not left alone in male company. They passed from the control of their father to that of their husband’s, with married women even requiring their husband’s permission to spend their own money.

It was believed at the time that the natural order of creation was for women to be subservient, that women were wanting in initiative and organising skills.

In “Women at War 1914-18” by Arthur Marwick, in the North Devon Athenaeum’s collection, he states that “For middle class and upper-class families, status was most usually achieved by ensuring that both mother and daughters did as little arduous and useful work as possible. The better off the family, the more servants there were to preserve the wife from the duties of housekeeping; if the daughters were educated, it was to make them graciously decorative, but suitably discrete, foils to their future husbands.”

At the beginning of the war, fashionable well-to-do women wore clothing that was restrictive, with the narrow hemlines of the hobble skirt of 1910 making it difficult to take steps of more than a few inches. The S-line of corsetry emphasised the curves of the hips and bust and caused women to lean forward.

Hats were large, perched on ‘a woman’s crowning glory’ of long heavy hair bolstered with false hairpieces and moulds requiring the help of another person, such as a lady’s maid to dress. To occupy their leisure time, it was considered acceptable for married middle and upper-class women to undertake voluntary and charitable activities outside the home.

Vera Brittain in her biography ‘Testament of Youth’ writes “It was typical of the average well-to-do girl of the period to assume that the desire for power… could only be fulfilled by the acquisition of a brilliant husband.”

In the Athenaeum’s collection, Ashley Montagu‘s book ‘The Natural Superiority of Women’ [for a 1952 publication, a very enlightened man] he writes: – ‘Women were perceived as “fragile vessels”………”Feminine weakness” has generally meant that the female is more fragile and in general less strong than the male. But the fact is that the female is constitutionally stronger than the male and only muscularly less powerful; she has greater stamina and lives longer.’ The inferiority of women in regards her strength was by men commuted to her being of inferior intelligence. Her smaller brain in size and weight compared to a man argued that the male was of greater intelligence. But “in relation to total body size the female brain is at least as large as, and in general larger than that of the male!’

The few women who were educated and wanted to become teachers were only allow to work in infant and junior schools, secondary school teachers were all male, and women had to leave teaching when they married.

Working class women had always worked, when single the majority worked as servants, or were shop assistants and in the North, many worked in textile factories. When married they undertook ‘piece work’ in their homes while looking after the home and children. Exceedingly poorly paid ‘Piece work’ payment depended on how much they produced in such industries such as glove making, lacemaking, box folding or toys.

Even women with limited income wore restrictive corsets and ankle length skirts, cited as one of the reasons women were considered unable to undertake heavy work during World War 1.

Women born between 1890 and 1900 who in their twenties during the War, were expecting their traditional role in life to be married and to become wives and carers, were about to be affected by the “Lost Generation” of young men killed in the First World War. It became a generation of “maiden aunts”.

By the end of the War with the devastation of young men, there were 2 million “superfluous” unmarried women. Many had lost fiancés, boyfriends and family members so in addition to living with grief, many would live with loneliness and the stigma of being a spinster. Before the War to have remained unmarried by the age of thirty was a disgrace, you were considered to be ‘an old maid’. If their parents died it could be the choice of being an unwanted guest living in a brother’s home or becoming a governess or companion to have a roof over their head.

Later the percentage of single women at the age of 50 was not much higher than in previous generations but 35% of women did not marry during their reproductive years. When they did eventually marry it was to men younger than themselves.

Various organisations encouraged young women to write to soldiers at the Front. A number of these developed into romance by letter and hasty marriages when the soldiers were on leave.

Prior to the 1923 Matrimonial Cause Act only the man was allowed to divorce his wife on the grounds of adultery. A husband’s adultery was not considered to be sufficient grounds, a wife had to  prove both infidelity and cruelty. After divorce the children of the marriage became the property of the husband and the mother could be prevented from seeing them.

Women lived in a closed environment, unable to vote, with no voice to change their conditions, while struggling for personal identity and equality.

The social changes brought about by the First World War, women on the Home Front, their taking up employment usually undertaken by the men away at War, their independence, the Suffragette fight to extend the vote to women was all to radically change the social standing of women.

We had this lovely book come in this week.