Before the North Devon Athenaeum there was the Barnstaple Literary and Scientific Institute. Here are 10 facts about the institute which came before us…

1. The Barnstaple Literary and Scientific Institute Opened it’s Doors in 1845 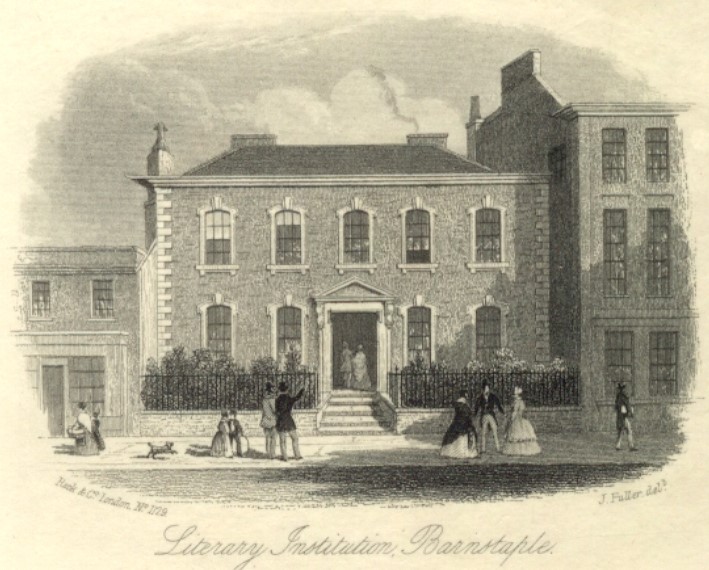 2. The BL&SI Builiding was in the High Street

The BL&SI was at number 42 High Street, which is where Waterstone’s bookshop is now located (April 2018).

3. The BL&SI had Three Different Types of Members

4. William Frederick Rock was Responsible for Paying for the Free Members

Rock had wanted the institution to be free to all, however , the committee formed to set up the institute decided aganst this. Instead, Rock paid for up to 100 members to allow those who could not afford the subscription to benefit from the new institution. Rock carried on paying for the free memberships even when he faced finacial pressures after his business burned down in 1859.

5. 1st Class Members got to Read the Newspapers and Periodicals First

One of the perks of being a first class member of the BS&LI was that they had access to the newspapers and periodicals the institute subscribed to. In 1844 these included; The Times, Morning Chronicle, Sun, Standard and Shipping Gazette daily newspapers, and The Examiner, Athenaeum, Illustrated News, Punch, Woolner’s Gazette, Western Times and Bristol Mercury weekly papers. We still have copies of the Illustrated News in our collections.

6. The BL&SI put on Lectures

A lecture hall was created within the building and a regular series of lectures were laid on each year which was overseen by a sub-committee. We still have many of the posters for the lectures held both at the BL&SI and in other venues in Barnstaple in our Archive.

The BS&LI offered various different classes during it’s time, the most popular ones of which where the French, Maths and Art Classes.

8. The Art Classes Became the Barnstaple School of Art

The Art Classes were so successful the Town Council took them on and they became the basis of the Barnstaple School of Art. Over the ensuing years the Art School evolved and started offering more technical classes as well eventually becoming a College. The College went on to become what is now known as Petroc.

Both William Richard Lethaby and Charles Brannam took Art Classes at the BL&SI, their orignal tutor, Alexander Lauder went on to apprentice both boys. Lethaby as a architectural apprentice and Brannam as a potter. Lethaby became a leading light in the Arts and Crafts Movement and Brannam founded the highly successful art pottery. 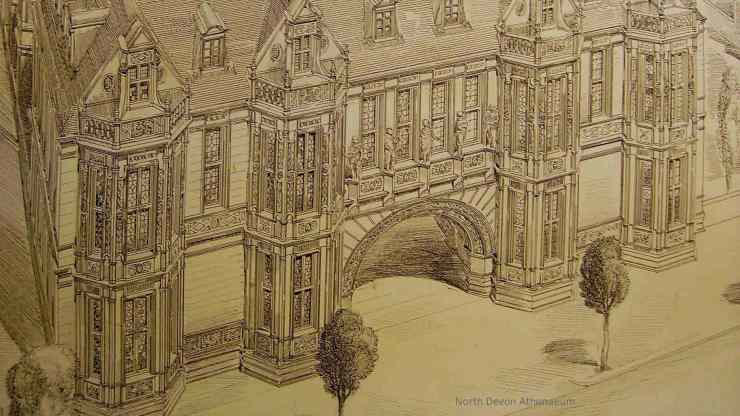 10. We Still Hold Items from the Barnstaple Literary & Scientific Institute in Our Collections

Not only do we still hold items from the BL&SI library, we also hold the Archive of the BL&SI including the minute books, visitors book, class registers, posters and more. You can search to items in the Barnstaple Literary & Scientific Institute on our catalogue.